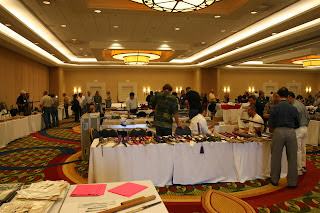 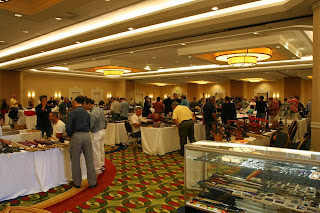 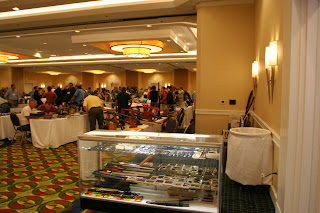 Greetings again gentle readers or sword derelicts (you know who you are). I apologize for keeping you waiting for my latest blog. I just got back from a month long bender and I've got a nasty infestation of pesky giant spiders and pink elephants to deal with. They can wait for awhile. Let me tell you about the San Francisco Sword show.
Walter and I had a dealers table near the front door. 1) Had a GREAT time! 2) Did not sell much 3) Spent too much money. Most of the usual suspects showed up. It is always fun to see how grey and fat everyone is getting. Unfortunately the hotel hosting the event was undergoing renovations and the bar area was shut down which put a damper on the social hours after the show closed. I was a bit bummed by this as I really look forward to tipping a few with the other dealers and listening to sea stories about the juyo that got away etc.
The show seemed well attended by the public but most of the money that changed hands looked to me to be between the dealers. There were many tables filled with the normal assortment of fantastically beautiful and overpriced (everything is overpriced when you have no dough) samurai related arms, art and armor. It drives me nuts to walk around the room. I have to carry a spit cup to catch my drool. When I get home I realize my collection is crap. Depressing. It was good to get out of the Phoenix heat for a few days though.
Well that about sums it up. I'll be there next year. Looking forward to the Tampa show. Aloha, TTFN, AMF
Remember, If you can read this, thank a teacher. If you are reading it in English thank a soldier.
Work like you don't need the money
Dance like no one is watching
Posted by Sabaku Samurai at 3:08 PM 1 comment:

Holy @#$&)% Batman! Valley of the Sun Samurai VS the Straw Army

Well gentle readers, here is my first attempt at a blog. I do want to acknowledge up front that I am fully aware no one really gives a rats patootie what I think or have to say. That being said let's get on with the show.

Recently the Local Samurai got together over at the local dojo to play with their swords (in a manly way), eat good food and down a few beers because nothing goes together better than alcohol and wickedly sharp objects (that's just my opinion, I could be wrong). Things were progressing predictably when out of no where the party was crashed by an evil army of surly straw mats wrapped tightly around thick bamboo poles. Not ones to back away from a challenge our heroes girded their loins for battle and waded into the fray with swords swinging! It was mano a matto (not bad eh?)! The carnage was terrible and it was touch and go for awhile but fortified by liberal quantities of Budweiser, the Ronin of the Valley of the Sun prevailed and sent the mats into a rout, eventually cutting every last one down.

When it was all said and done, a good time was had by all (except the mats).

I am including some pictures of this epic confrontation as a documentation of history and as a warning to any other mats who might be foolish enough to challenge our flashing steel. I must alert the faint of heart, it is not a pretty sight. If you are disturbed by the thought of a room littered with the bodies of bisected mats, straw scattered everywhere and splinters of bamboo flying through the air you should go no further or avert your eyes.

This is a picture of Samurai Rafael dispatching a particularly nasty mat with a good clean cut. Can you tell by the look in his eyes that he just got married? 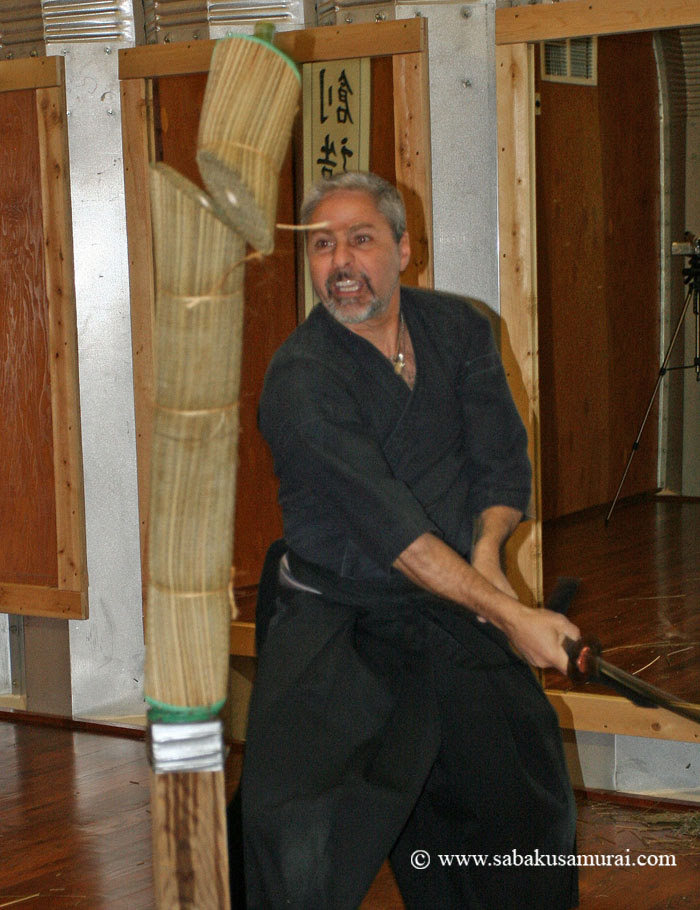 Some of the mats flew at our soldiers as last ditch suicide Kamikazes. Here is a picture of Samurai Rick cutting one down in mid air! 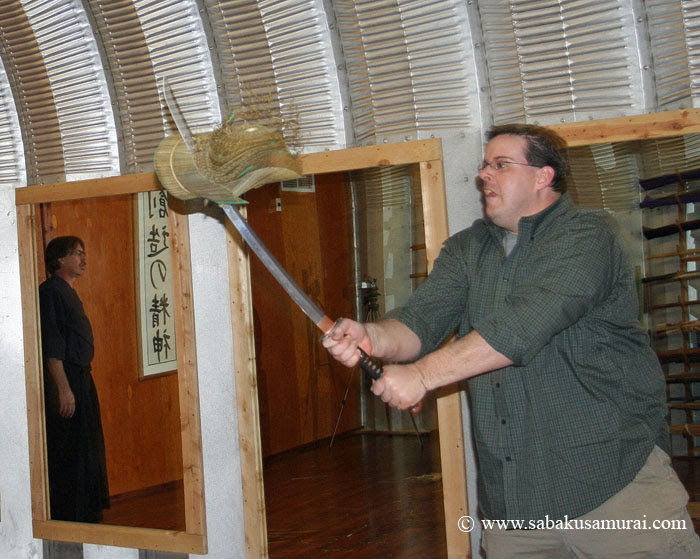 Here is another picture of Samurai Rick after taking care of the biggest, baddest mat of them all. Notice the piles of bodies at his feet. 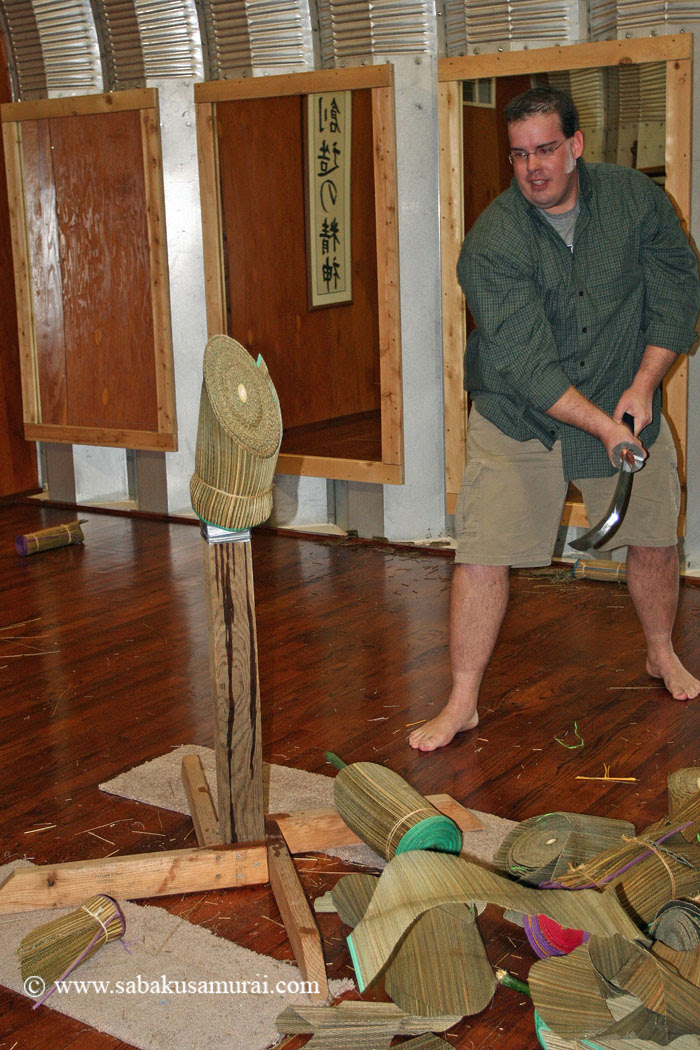 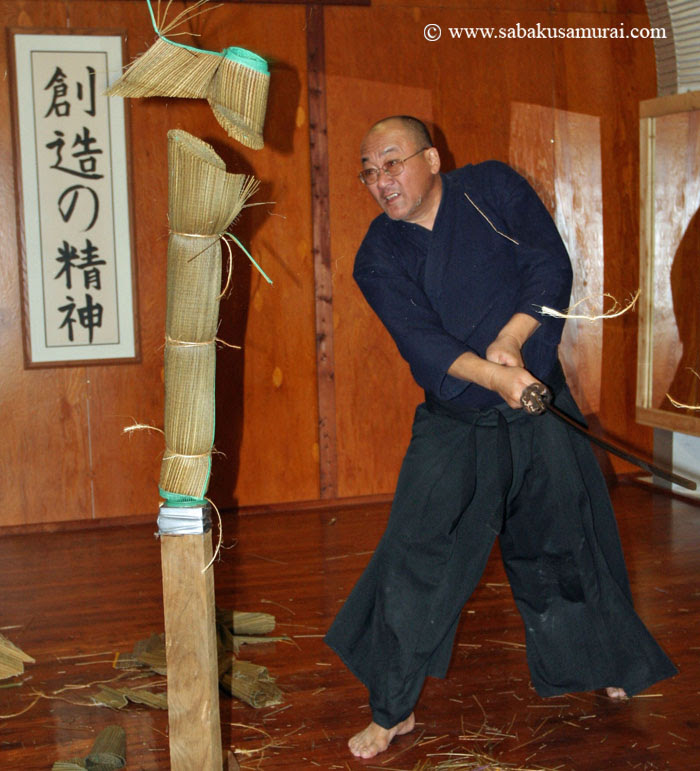 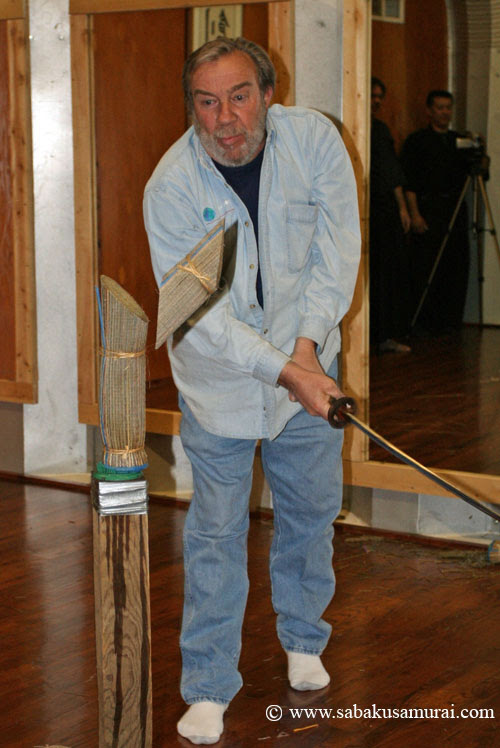 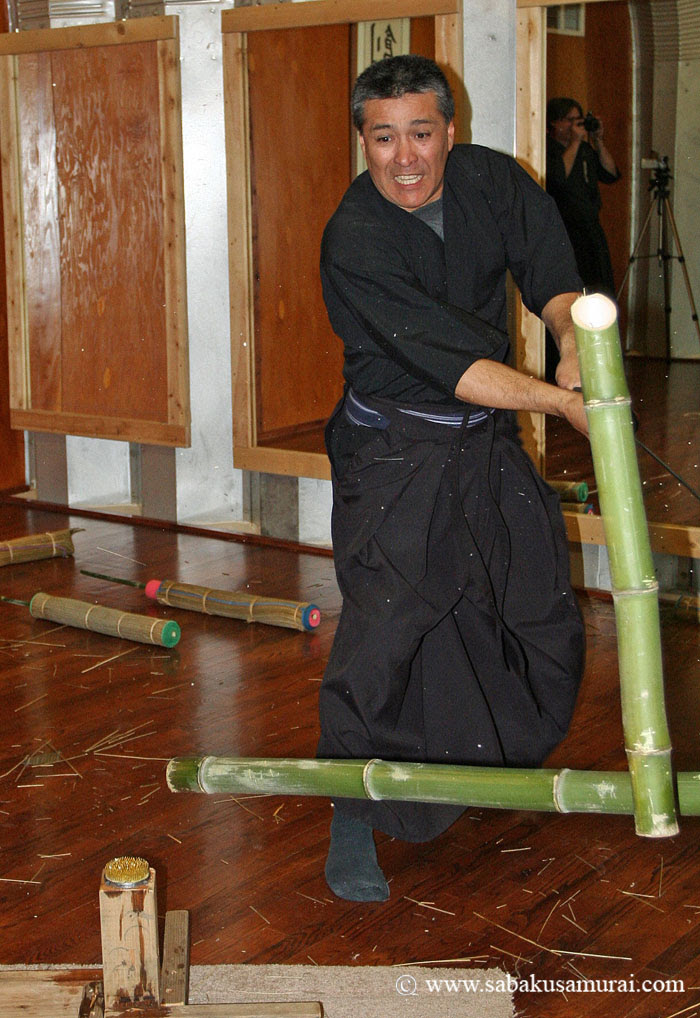 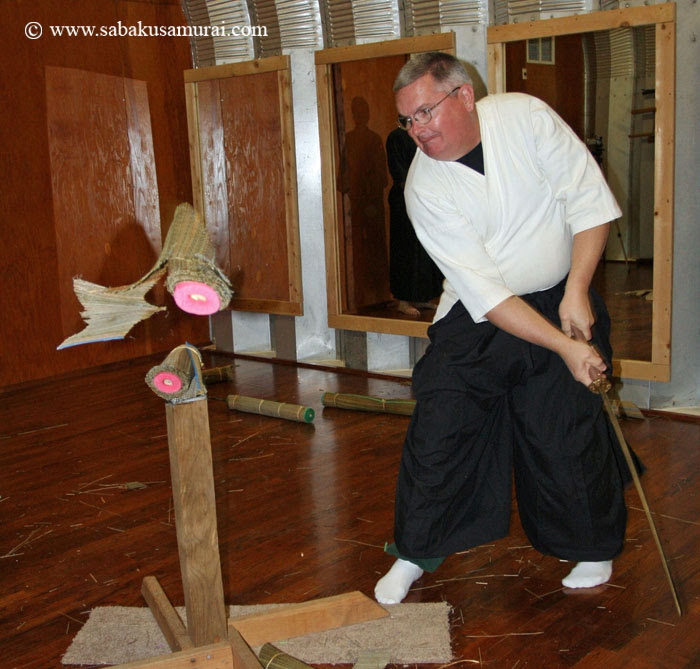